On June 22, Leadership Prince William (LPW) recognized three local leaders for their outstanding contributions to the community at the annual Evening of Excellence Gala in Woodbridge, Virginia.

The Kathy Ellington Alumni Leadership Award was presented to Deborah L. Jones, President and CEO of the Prince William Chamber of Commerce. The award is named for the Founding Executive Director of Leadership Prince William and each year is presented to a past graduate of the program who has used their vision, leadership, skills and talents to accomplish somethi 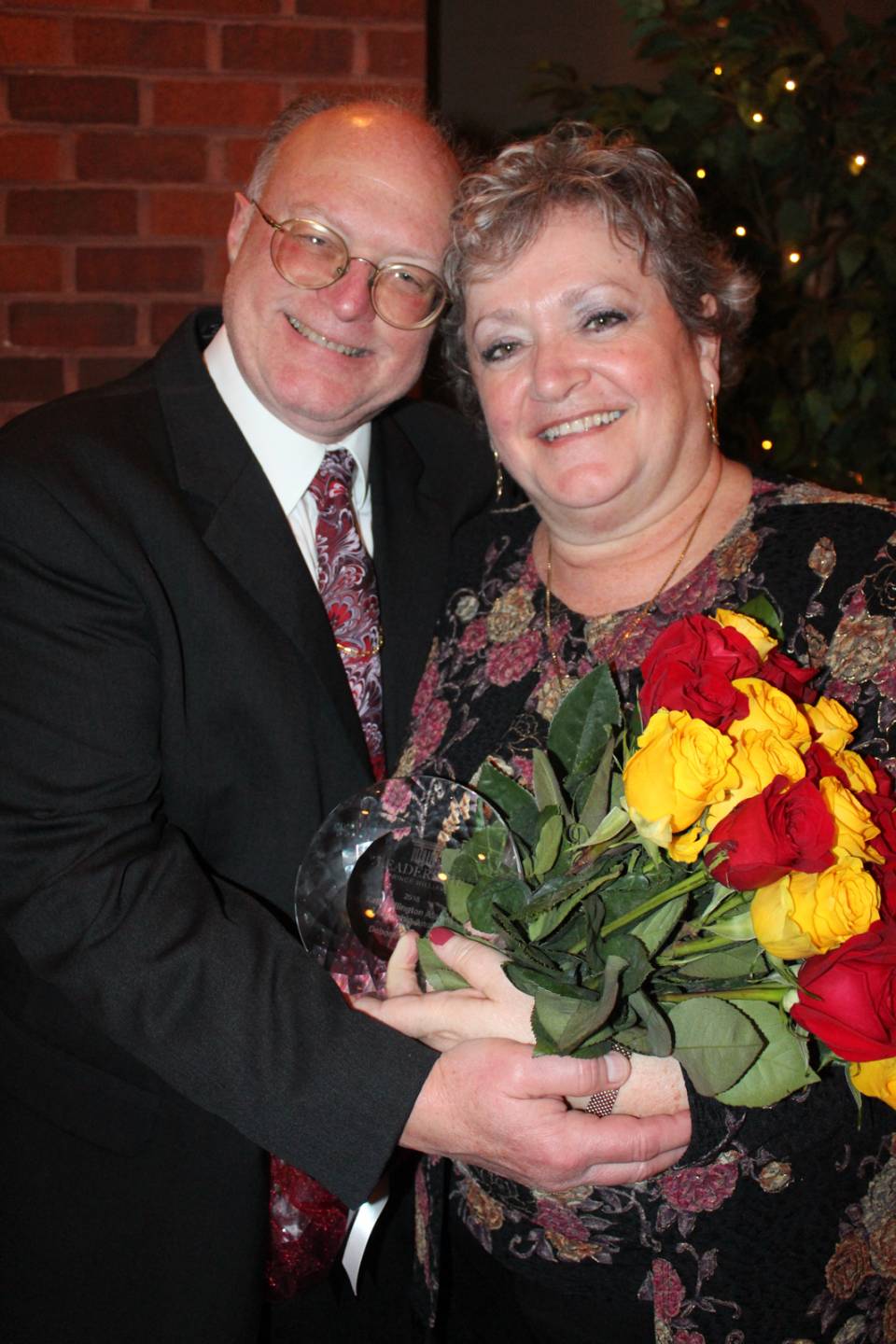 ng notable that has positively impacted Prince William County, Manassas and Manassas Park. The award recipient is chosen from a pool of nominees submitted by LPW alumni, and announced at the Evening of Excellence.

Debbie has almost forty years’ worth of accomplishments showcased across the Prince William community;   from chairing the capital campaign committee to build SERVE to her role in the creation of Leadership Prince William.  A two-time cancer survivor herself she served as Chair of the capital campaign to build the Lake Manassas Cancer Center.  Today she serves on the Career and Technical Education Advisory Council for Prince William County Public Schools and the Advisory Board for the Benedictine Sisters of Virginia.

She is best known for running the Prince William Chamber of Commerce and as a thought leader and motivator who uses her leadership skills to make our community a better place.

She has been recognized through countless awards in our community, but her legacy is truly seen in such things as a 92-bed homeless shelter and the center where cancer patients in Prince William County can be treated closer to home.  Debbie has made it her mission to enhance the business community, and raise the commonwealth’s view of what the Prince William community is all about. She continues that to this day, most recently lobbying LEAD Virginia to spend some time in Prince William County and Manassas when the current class comes to Northern Virginia. Jones graduated from LPW in 2010.

Prince William Board of County Supervisors’ Neabsco District Supervisor John Jenkins and wife Ernestine were presented with the Leadership Prince William Vision Award. The award honors an individual—in this case a couple –who lives or works in Prince William County, Manassas or Manassas Park and whose innovative, strategic or bold leadership has had a positive impact on a significant portion of our community, region, state, nation or world. LPW announced that they would be honoring Mr. and Mrs. Jenkins early in June. They join past award recipients like Virginia Senator Charles J. Colgan and Dr. Gary L. Jones, CEO of Youth for Tomorrow.

Neabsco Supervisor John Jenkins and his wife Ernestine moved their family to Dale City in 1973, where they still reside today. As their family grew, so did their service. 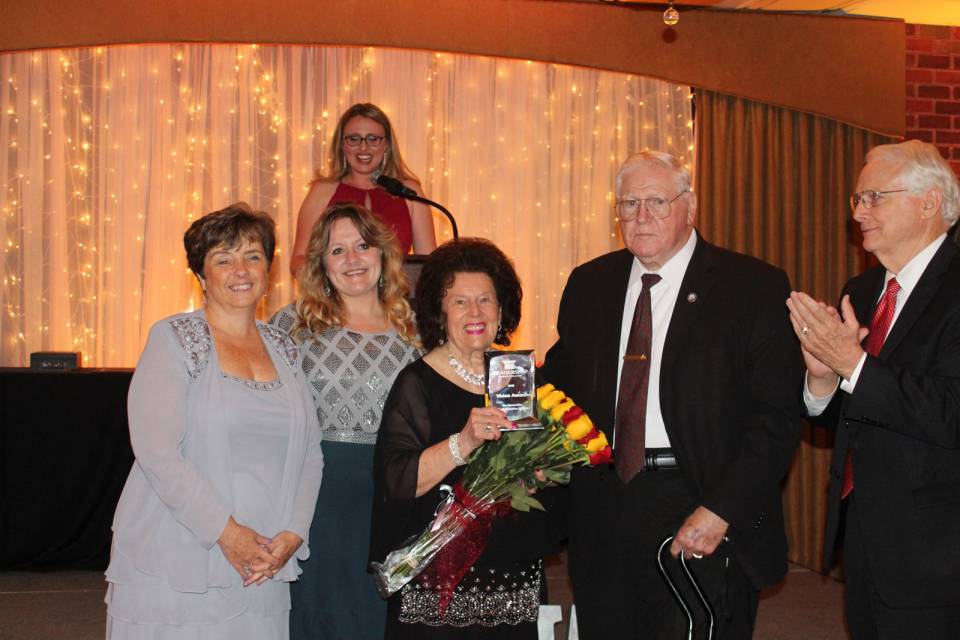 John was a two-tour Vietnam Veteran, who earned the Bronze Star with Oak Leaf Cluster and retired from the Army as a Lieutenant Colonel in 1980. He then worked in the Fairfax County Public School System until his retirement in 2003.

In 1982, Jim McCoart resigned from the Board of County Supervisors and endorsed John Jenkins for the vacant Neabsco Supervisor’s seat.  Jenkins was appointed by the Board to fill the vacancy in October of that year.  Since that time Supervisor Jenkins has served eight consecutive, four-year terms, making him the most senior member of the Board of County Supervisors in length of service and the longest-serving Supervisor in the history of Prince William County. He has twice served as Chairman of the Northern Virginia Regional Commission, twice as State President of the Virginia Association of Planning District Commissions, once as State President of the Virginia Association of Counties, and twice as Chairman of the Virginia Railway Express Operations board. Governor Mark Warner appointed Mr. Jenkins to serve as a member of the Virginia Geographical Information Network Advisory Board in 2002, as did Governor Tim Kaine in 2007.  In addition, Supervisor Jenkins also represented PWC on the Quantico Marine Corps and Fort Belvoir Base Realignment and Closing (known as BRAC) advisory committees.  He currently serves as a member of the Washington Council of Governments Transportation Planning Board, the Virginia Railway Express Operations Board, and is past Chairman of the Potomac and Rappahannock Transportation Commission.

Mrs. Jenkins is known as the engine behind Supervisor Jenkins’ many successful campaigns for office. She is also quite the leader in her own right. She received the Prince William County Human Rights Community Service Award in 2003; the Catherine Spellane Dale City Civic Association Citizen of the Year Award in 1993; and the Dale City Civic Association’s Life Time Volunteer Achievement Award in 2005.

She is the long-time Chairman of the Dale City 4th of July Parade Committee; Education Co-Chairman of the Bel Air Woman’s Club; life member of American Legion Post 364 Ladies Auxiliary; and Vice Chairman on the Board of Directors for Project Mend-A-House.  She works as a youth mentor, a proponent of literacy campaigns, a community activist, and prepares and serves meals at the River Run Senior Home. Together the Jenkins are bold and strategic leaders who continue to have a positive impact on Prince William County.

All winners were selected by a committee of LPW graduates and volunteers serving on the Leadership Prince William Board of Regents.