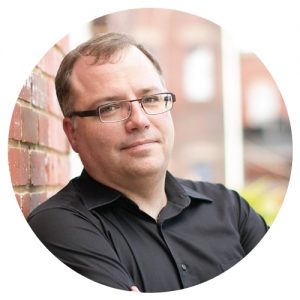 Tell us a little about your company:

Imagine is a digital marketing and branding agency. I get to work with some of the most creative, intelligent and passionate people and I’m grateful for each day I get to spend with them. A guy named Jason works here too.

What’s new since you graduated from LPW?

I became a grandfather which, if you haven’t tried it, is definitely something to check out. We sent another Imagine team member through LPW and are considering yet another one, and we’re expanding our focus to include tourism and hospitality. Not only is it work we’re good at, who wouldn’t want to write off a weekend trip to a resort?

What is your favorite LPW memory?

On the night of the kickoff retreat, a number of us gathered for a quiet evening. There was definitely no drinking or keeping the rest of the class awake until 3am. The campfire we had planned for that evening was foiled by a cursed fog that seemed bent on our misery and, during this time of calm and peaceful fellowship, I mentioned that I had never had a S’more (too much fellowship apparently makes me hungry).

Enter Jeremy Harridath, who made it his mission to make sure I’d not live another day without experiencing that marshmallowy goodness. So, with lighter in hand, he roasted the marshmallow and we assembled the sugar sandwich. Apart from the strong butane taste, I could now see what the hype was all about.

How has Leadership Prince William helped you get to where you are today?

I learned that I should not be in charge of anything structural, and that work involving planning or project management should be given to someone else. It kinda feels like a “get out of boring work free” card, but I’ll take it.

What does leadership mean to you?

In the Battle of Brooklyn during the American Revolution, George Washington and his men were trapped with the British on one side and the Hudson River on the other. Knowing he was defeated and that it was only a matter of how many men would be lost, he quickly decided to retreat, sneaking his men onto ships to cross the river. Washington made sure that every one of his men were on the ships before he himself boarded one for them to escape.

That’s what leadership means to me: that even in the bleakest of situations, you always put your team first.

Although it may be painful for some to hear, I think I would be remiss if I didn’t say that the Class of 2015 is really better than every other class. Like all of them.