Prince William, VA– On June 21, Leadership Prince William (LPW) will recognize Michael R. Vanderpool with their highest honor, the Vision Award. The award will be presented during the organization’s annual Evening of Excellence Gala at the Clubs at Quantico.

According to LPW Executive Director Andrea Money, “The Vision Award honors an individual who lives or works in Prince William County, the City of Manassas or the City of Manassas Park. The recognition is for innovative, strategic or bold leadership that has had a positive impact on a significant portion of our community.” She went on to note that the magnitude and scope of the impact are the primary criteria for the award, making the respected attorney, entrepreneur and community advocate an ideal choice.

Vanderpool will join past winners including: The late Senator Charles J. Colgan; Youth for Tomorrow CEO, Dr. Gary Jones; and Todos Supermarkets Founder, Carlos Castro.  The late Prince William County Supervisor John Jenkins and his wife Ernestine were the 2018 recipients of the award.

Mary Colgan Finnigan, the Chair of LPW’s Board of Regents, added, “From the time Mike began his firm in Manassas he has been a champion for our community, taking on leadership roles in various organizations and projects. Mike is truly, a man of vision, and he has worked diligently to make our community a wonderful place to live, work, and play.” 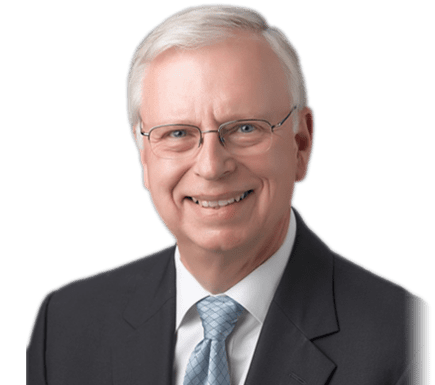 Michael Vanderpool has been a community advocate and successful businessman since moving to Manassas in the 1970s. To date he has founded five businesses, remaining  actively involved in four; including the law firm of Vanderpool, Frostick & Nishanian, P.C.

Aside from his professional credentials, Mr. Vanderpool  has cultivated a legacy of encouraging, fostering and educating future leaders in Prince William County. He is known as a forward thinker who often leads the charge in developing new projects that will take the Prince William County/Greater Manassas Community to the next level, most notably in the arena of “quality of life” issues. like

Within his law firm, leadership and community involvement are encouraged and modeled among the associates. Three members of his firm have served as chairmen of the Prince William Chamber of Commerce, including himself.  Three have gone through Leadership Prince William. Current associates are known to Chair and actively serve in important organizations such as local not-for-profit organizations, the Virginia Women’s Attorney Association, Rotary Clubs and the Virginia Indigent Defense Commission—all of it encouraged by Vanderpool who believes in and teaches on the art of leadership.

He practices what he preaches, and has been an active participant in shaping the greater Prince William community for the common good. Mr. Vanderpool was part of the visionary group that recognized the need for the Hylton Performing Arts Center in Prince William County and brought the project to fruition; serving as the organization’s founding Chairman. He has also served as founding Chair for the Manassas Education Foundation, Freedom Aquatic & Fitness Center, 234 Bypass Forum, I-66 Partnership and more.

The public is invited to join with Leadership Prince William in celebrating the contributions of Michael Vanderpool. Tickets for the Evening of Excellence are available for purchase online at leadershipprincewilliam.org or by calling 571-765-7568.The Honorable Marty Nohe will serve as Master of Ceremonies.